As I am participating in Zoom meetings, I am seeing a variety of postures;  some are too relaxed and some are downright sloppy.

If you are presenting salient information to a client, your staff or an executive team, you must make a conscious effort to look confident and in control.

To do this, be mindful that your posture manifests confidence.

Watch Andrew Cuomo.  His posture reflects the message and says to me, “I am in command.”

Supporters were worried about former VP Joe Biden’s performance during the earlier debates.

As he was answering many of the questions, he looked stressed, he sounded rushed, and in these intense moments, he appeared as if he was experiencing “senior moments” as his old childhood nemesis…stuttering…. seemed to resurface.

The more he rushed to cram in his talking points within the allotted time,  the more he was prone to stumble or choose the wrong word.  And, as he was going so fast, he neglected to breathe.  This added to his frantic delivery style.

His voice sounded strained.  That’s because he was speaking in the upper level of vocal range.

When anyone appears frantic, it dilutes confidence and command. (Command is the very strength he needs to project as a Presidential candidate.)

In Joe’s case,  he also diluted his primary strength –  the ability to connect to people with his heart.

WHEN THE PRESSURE IS OFF, HE IS SO MUCH BETTER

Take a look at Joe Biden at a town hall meeting in South Carolina on CNN.  What a difference!  (This particularly touching message with Reverend Anthony Thompson starts around 7:11.)

He is taking his time.  This, in turn, allows him to add meaningful pauses, giving him ample time to take a supportive breath.  As a result of this calmer delivery style, his voice is more conversational and his heart-felt connection with his audience…shines.

There is a lesson for all of us in Joe Biden’s delivery.

When presenting, regardless of the pressure, and no matter the fear that you are feeling being in the spotlight, adopting a conversational tone, and inserting longer pauses so that you take a supportive breath will help you appear calmer, more conversational and in control.

We all have been impacted by COVID-19 and are doing our best to keep ourselves, co-workers and families safe.

In light of this, I bet you and your organizations are conducting more meetings, interviews and presentations on your favorite video platform.

Effectively communicating remains central to the message being heard and cannot be underestimated.

You probably have come to realize that online communicating is a different animal than an in-person meeting.  Many of the body language skills come into play, but on a different scale.

Do you and your team know how to make those adjustments?

Similar to my many years in the Television News industry as a talent coach (anchors can only be seen from your waist up),  your vocal delivery becomes the critical body language skill.  Striking the right pitch and tone, practicing deliberate enunciation and reducing speed are more critical than ever.

Practice with your friends, family and co-workers, get feedback…..and hang in there.

I saw Nina Totenberg speak.  (She is a correspondent for National Public Radio focusing primarily on the activities and politics of the Supreme Court of the United States.)

I was very disappointed with her delivery.  She read from a script for one hour.

You would think that someone with her experience, who has covered SCOTUS for many years, that she could speak without notes.

What stood out for me were the stories.

I even remember them now.

She told a story about Sandra Day O’Connor passing a note to a fellow justice advising him that his hearing aid was buzzing.

Then, there was the time when Justice Scalia had to nudge his colleague to wake him up as they were hearing a case.

What if Ms. Totenberg had made her whole speech a series of stories?

I want you to consider during your next presentation to insert a relevant story which illustrates your point.

It will be the highlight and what people will remember. 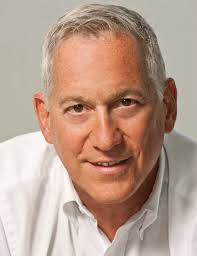 I just saw Walter Isaacson speak.  For one hour, he told stories about the creativity, beauty, curiosity and humanity of Leonardo da Vinci, Benjamin Franklin, Albert Einstein and Steve Jobs.

With this common thread, he recounted anecdotes from each of these geniuses.

There were no slides.   Just Mr. Isaacson.

You could hear a pin drop in the auditorium which held over 500 people.

It was the stories that held our attention.

I can’t stress enough how storytelling will help you elevate and enhance your ability to capture the audience.

So, instead of reciting data and statistics, tell us a story that helps us visualize the meaning of your message.

I had two issues with his presentation skills, which could be solved by making one change.  First issue – he kept his hands in his pocket most of the time; and two –  his voice trailed off as he was concluding a lot of his sentences.  This prevented many of us from hearing the entire phrase.

However, when he pulled his hands out of his pockets and started gesturing, he became more animated, more engaging, and so did his voice.

My years of experience tells me that there is an interesting connection between our hand gestures and our voice.  When we include a deliberate gesture, our voices will gesture, too:  involuntarily.  We automatically look and sound more involved, interested, engaged.

While Walter Isaacson held the audience’s attention, most of us need as much help as possible.  My advice is – don’t hide your hands.  Find a neutral place to rest your hands (when not gesturing) so that they are ready to serve their purpose – to emphasize and illustrate words.

I was visiting with my neighbor who works at well-known tech company in the SF Bay Area.  I was talking to him about what I do  – helping people elevate their presentation skills.

I said I’d seen his boss present, and that he seemed unprepared and awkward in an All-Hands meeting.

My neighbor explained, “That’s tech.  Many of us are awkward when we present.  We have learned to accept this about our industry.”

OKAY.  I get that.  Those who know us are more accepting of our idiosyncrasies – especially if you are well-known and in charge.

But, will you ever face an audience who will be less forgiving and unable to get past your awkwardness?

In those instances, I would encourage you to work with a coach to improve your skills and build your confidence.