Practice your speech, and then….get feedback!

Good for you for practicing your presentation before you have to give it.  This is certainly mandatory in order to enhance your confidence.

It is equally important to know if you are improving.

To find out, ask trusted colleagues or friends to sit in as you rehearse.  Let them know you are interested in getting their feedback.

But, here is an important point.  You need to guide them on how to give feedback.

For example, if you are working on eliminating filler words (ah, um, like, so, and), say that.  “Susan and Joe, as I am speaking, can you count the number of filler words I have?”

This is much more valuable than asking them, “How did I do?”  Most people won’t know what to say other than, “that was great.”

However, if you guide your friends, you will get a much better idea if you have improved. 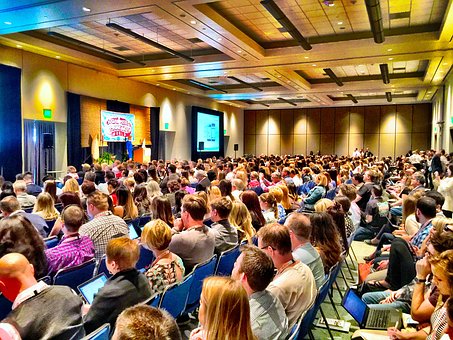 When I asked a client how she wanted the audience to feel about her at the end of a presentation, she answered, “Confident.”

Now, it is my job, as a coach, to tell her HOW to achieve this.

I am convinced that this is not just a visualization exercise.  I must give her tangible tools that will help her get there.

Out of the nine body language skills I have identified, there are three techniques that project confidence.  They are:

During our session, I had her work on these three – one at a time.  This is how I finally determined which one will benefitted her the most.

Ask yourself, how do you want to be seen by a boss, client, or the public?

By understanding the communication skills – and then applying them – one by one, you can achieve your goals.

I saw John Chambers speak on Nov. 14; he is the former CEO and Chairman of the Board of Cisco.

I had many issues with his presentation, but I will focus on my main objection:  the speed at which he spoke.

Yes, he is accomplished and smart.  Yes, he has tons of enthusiasm. Yes, he was voted one of the top 10 Best Performing CEO’s by Harvard Business Review.

But, YIKES, he talked way too quickly.

The speed, combined with his West Virginia accent, made it challenging to understand and follow what he was saying.

I brought a guest with me who is from Brazil.  Considering that her second language is English, (which describes many people in the San Francisco Bay Area), she struggled to understand him.  Ultimately, he lost her and she fell asleep.

When you make your audience work to understand your message, they will eventually tire of straining and tune out.

An accent can pose another challenge to being understood.  However, if you speak deliberately and slow the pace, you can be confident that you will be clear.

I know you have heard this before…the Lectern is a barrier. It is so true.

This was exemplified in a training I did in Anaheim this past month.

My clients have to present before their Board several times a year. It has been protocol that they stand behind the lectern to deliver their information.

During rehearsals, I had them move out from behind the lectern and get closer to the audience. What a difference.

To a person, they exhibited more energy, an ability to be more expressive, and the audience felt more connected to the presenter.

Lesson learned: the lectern hamstrings a presenter from being fully engaged.

I understand there are situations when protocol dictates that you have to stand behind the lectern, for example, when you are presenting to a political body, or if the microphone is the only way you can be heard.

However, whenever possible, free yourself from that obstruction.

You will find you can elevate and enhance your engagement and connection with the audience, by ditching the lectern. 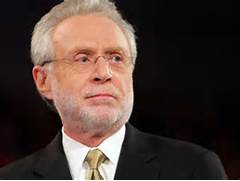 Have you ever really listened to Wolf Blitzer and how he speaks? To me, he sounds slightly frantic. Plus…it is oftentimes hard to follow his conversation and line of questioning.

WHY?  I contribute this to his breathing and pausing … in all the wrong places.

WHERE SHOULD YOU BREATHE AND PAUSE?   Where the punctuation lies within a sentence. Or, in the TV world…when setting up the meaningful information.

Because he is not breathing at the end of each phrase, he is forced to take a quick breath, mid-sentence, which makes him sound slightly frantic and out-of-control.

This also disrupts the logic or flow of the sentence, thus causing confusion with the audience, or having them work harder to follow the question.

Here is an example I took from a recent interview with Reince Priebus, the Chairperson of the Republican National Convention.

(When you don’t see the punctuation, that means his sentences were colliding; there was no pause to separate the content.)

“You’ve seen our new poll numbers Secretary Clinton (breath) saw this convention bounce uh after both conventions The CNN/RNC poll (breath) shows that the number of voters who believe Secretary Clinton’s (gulp) policies (breath) will move the country in the right direction That actually jumped from 43 percent before to 48 percent now The number of voters (breath) who said the same about Trump’s policies actually went down from 40 percent before the conventions to 38 percent now Did the Republican (breath) Convention achieve what was needed?”

Here are my suggestions on how to improve his pacing/phrasing.

Here’s the link to the interview:

I have worked with clients in helping them prepare for a presentation to their Board of Directors, a political body like a Board of Supervisors or City Council, or to an executive team.

If you are preparing for one of these scenarios, here are the some of the elements you should consider addressing.

State why you are there. Are you making a recommendation, giving a progress report or informing them of a new project?

Give a brief history of how you/they got to this point.

If you are requesting an action or their consideration, why do you need to do this now?

How will this change the present state of things?

What are the benefits?

What are the consequences if you don’t take this action?

Is this one-of-a-kind? Are other organizations doing this?

How will it be measured?

What is the cost?

What is the time frame to complete this?

I would love to hear from those of you with this type of experience.  What would you add to this list?